M6 to much money 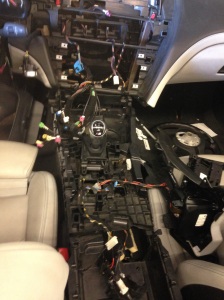 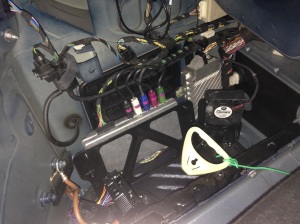 M6 owner with to much money and time on his hands,,,,,the customer wanted to update his car to the newer sound system and newer i-drive system,,,,,so instead of trading the car in,,,,he decided to update his car to a newer car,,,,here’s the problem,,,,he found a body shop to replace his body wiring harness with the newer body harness so he can install all the newer sound system and I-drive components,,,,and install all new components into the vehicle,,,,will that did not work,,,they damaged both DME units and almost all the electrical components inside the car were damaged because of the wiring was wrong,,,,and to top it all off,,,,he sold all the original components and body wiring harness for the car,,,,,,so he had to buy all new body wiring harness and new DME and all electrical components for the car,,,,,so we can put it back all to original,,,,,,so he can sell the car and get a new one,,,, the cost and money he has spent on the car,,,,,he could have almost bought a new M6 they way he wanted it,,,,,,some people just have to much money and time on there hands.