Posted on January 6, 2016 by bmwtechnician 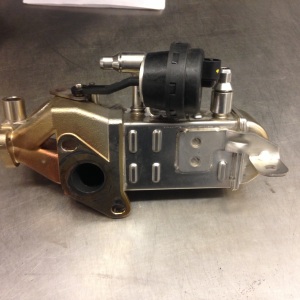 This is a picture of a E70 X5 diesel low side EGR,,,,the Diesel engine on the X5 has 2 EGR,,,,one for low boost turbo and one for high boost turbo…the X5 had two EGR for the extra load on the engine and also if you decided to tow with the X5.

The problem with this EGR as you can see in this picture,,,,the lever which is welded on is broken,,,,causing the flap inside to not open or close when the vacuum was applied to the EGR,,,,causing a fault on the low side EGR 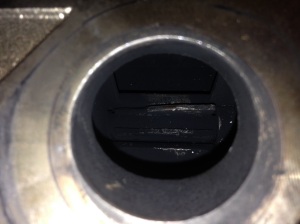 Here’s a picture inside the EGR,,,,,,and you kind of see the flap door melted because of the heat from the exhaust,,,,and the EGR was stuck in one position causing all the damage inside.