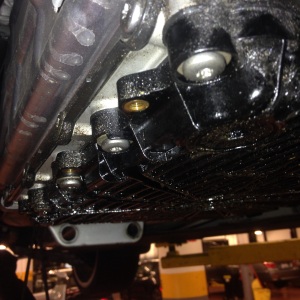 You can seethe oil pan is covered with trans fluid,,,,and the black seal just above that is the mechtronic valve body seal.

Here the whole trans removed from the car,,,,,see that side cover,,,,that is the cover for the mechtronic valve body. 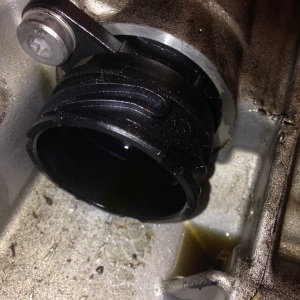 Here the mechtronic valve body plug connector,,,,noticed the puddle of oil on the right side,,,,that is the main trans fluid leak,,,,it’s coming out the plug connector and running down the side of the transmission. 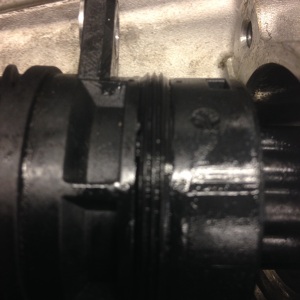 Here the plug connector pulled out of the transmission,,,,you can see the new black seal in the middle of the connector,,,,,the original seal is orange in color.

Like Loading...
This entry was posted in Uncategorized and tagged DCT trans, leak, mechtronics. Bookmark the permalink.